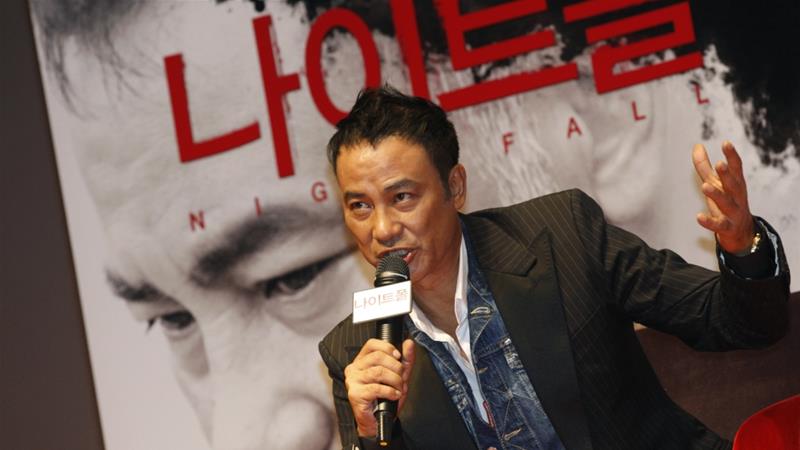 Veteran Hong Kong actor Simon Yam has been stabbed in the stomach while appearing on stage for a promotional event in mainland China.

A man in a dark vest ran onto the stage and stabbed and slashed the 64-year-old actor with a knife, video broadcast on local media showed on Saturday.

“We are extremely shocked by this incident,” Yam’s management company said in a statement released on Weibo, China’s Twitter-like social media platform.

Yam was at a promotional event in southern Guangdong province’s Zhongshan city when he was stabbed in the stomach and slashed on his right hand, the company said.

The actor is receiving treatment at a local hospital and his wounds are not life-threatening, the local Huoju Development Zone police said in a statement.

Yam’s management company said the actor had undergone successful surgery and had his stomach and internal organs stitched up.

Police said a suspect was subdued at the scene, with a video showing the crowd pinning down the attacker.

The China Youth Daily newspaper, citing a police statement, said the attacker had not yet been identified, but that Yam appeared to have been a victim of mistaken identity.

The actor has 234 film and TV credits, according to online database IMDb, including an appearance as a crime lord in the 2003 adventure movie, Lara Croft: Tomb Raider – The Cradle of Life.