A “freak accident” at the famed Del Mar racetrack in California — which involved two horses colliding into one another after one of them made a “U-turn” out of the starting gate — left both steeds dead and a jockey injured on Thursday.

“There was no outside influence to make these horses do what they did,” said Joe Harper, director of the Del Mar Thoroughbred Club.

“The horse made a U-turn [as it] was galloping,” he told NBC San Diego.

Charge A Bunch and jockey Geovanni Franco were “breaking from the starting gate” — with Carson Valley and its rider, Assael Espinoza, right behind them — when the collision occurred Thursday during a training session, according to Harper.

“It all happened so fast,” said Bob Baffert, trainer of Carson Valley.

He told Daily Racing Form that the pair was training with another one of his horses when Charge A Bunch suddenly turned and ran head-on into Carson Valley.

“Both suffered cervical fractures and both were dead on the racetrack,” said Dr. Rick Arthur, Equine Medical Director at UC Davis School of Veterinarian Medicine and full-time member of the California Horse Racing Board.

He and other officials told NBC that there is nothing they can do to prevent incidents like this.

“Horses run into each other [on] tracks, in the farm, out in the wilderness,” Harper said. “This is just one of those thankfully very rare, unfortunate accidents.”

PETA, however, has called for an investigation to be launched.

“Saying that deaths are inevitable in racing is like saying a swim team can’t compete without drowning,” the group said in a statement. “If racing can’t be done without horses dying, it shouldn’t be done at all.”

Officials said they plan to conduct medical tests on Charge A Bunch and Carson Valley at a lab in San Bernardino to make sure there’s nothing they’re missing.

“This was a very unfortunate accident,” Baffert insisted in a statement, “and a shock to everyone in the barn.”

Espinoza — who is the nephew of Hall of Fame jockey and Triple Crown winner Victor Espinoza —  was taken to a local hospital and treated for minor injuries, but was said to be “fine.” Franco was not hurt.

“Happy to say [Assael] got lucky and escaped this mornings collision without major injury,” tweeted his agent, Brian Beach. “He has a bruised lower back.”

Happy to say @assael_espinoza got lucky and escaped this mornings collision without major injury. He has a bruised lower back. @DelMarRacing pic.twitter.com/FAd4x467aI

Baffert said that his team works “every day to take the best care of our horses, but sometimes freak accidents occur that are beyond anyone’s control.”

“This is one of those times,” he added. “And we’re deeply saddened for all involved.”

Del Mar officials claimed to have made changes and safety reforms at the famous track in response.

“I’ve maybe seen three (incidents) this devastating,” Del Mar CEO Joe Harper told the San Diego Union-Tribune. “Nobody’s at fault here. It’s one of those freak things. I don’t know how else to describe it.” 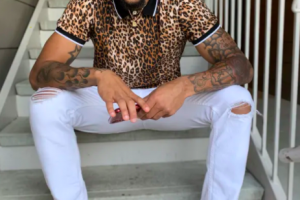 DJ Johnson, a Young Entrepreneur and Athlete, is Passionately Working on his Basketball Skills to Make his Family Feel Proud 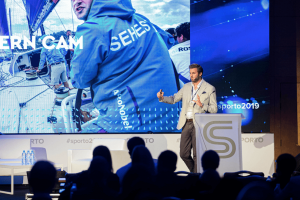 Giants’ 11-4 loss to Mets ‘a bump in the road,’ Bruce Bochy believes
Comment