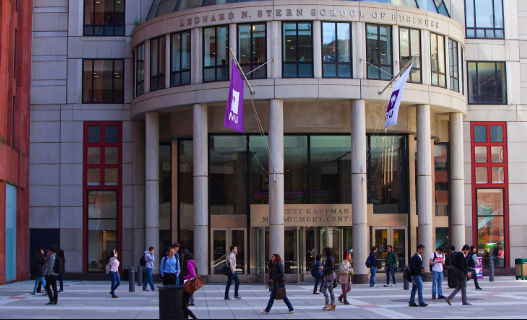 The Department of Education notified on Wednesday that they have opened a full-scale investigation into the allegations made by the lawyers who filed charges of Antisemitism and a hostile environment for Jewish students at New York University.

The office for Civil Rights (OCR) will investigate whether, as a result of incidents that occurred at the university, a hostile environment existed for Jewish students on the university campus and, if so, whether the University responded appropriately, stated a letter sent to the attorneys by the Department.

Attorney Neal Sher, who filed the seven-page complaint in April on behalf of his client, former NYU student Adela Cojab called the action “very positive and very encouraging” as the issues that are raised are very serious, pervasive and widespread. Sher said a pro-Palestinian student group at many colleges ‘Students for Justice in Palestine’ (SJP) is the “centrepiece” of the complaint.

Cojab, the president of an Israel advocacy group at NYU, was a representative for Jewish students in student government before graduating in May and filing the complaint one month before. She said the reason of filing the complaint is that she is looking at a future whether no other student has to go through what she went through.

She said she had spoken with the senior compliance team attorney for the Education Department’s civil rights office in June where she outlined her experiences with NYU administrators and SJP.

The complainants have said that the SJP is a radical organization affiliated with terror groups, bent on adopting a policy of anti-normalization of Jewish groups, and on isolating, demonizing and ultimately destroying the Jewish state. The complaint also states that the group network also serves as the leading student arm of the Boycott, Divestment and Sanctions (BDS) movement in the United States.

READ  Stefan Ciancio pays off student debt by self learning