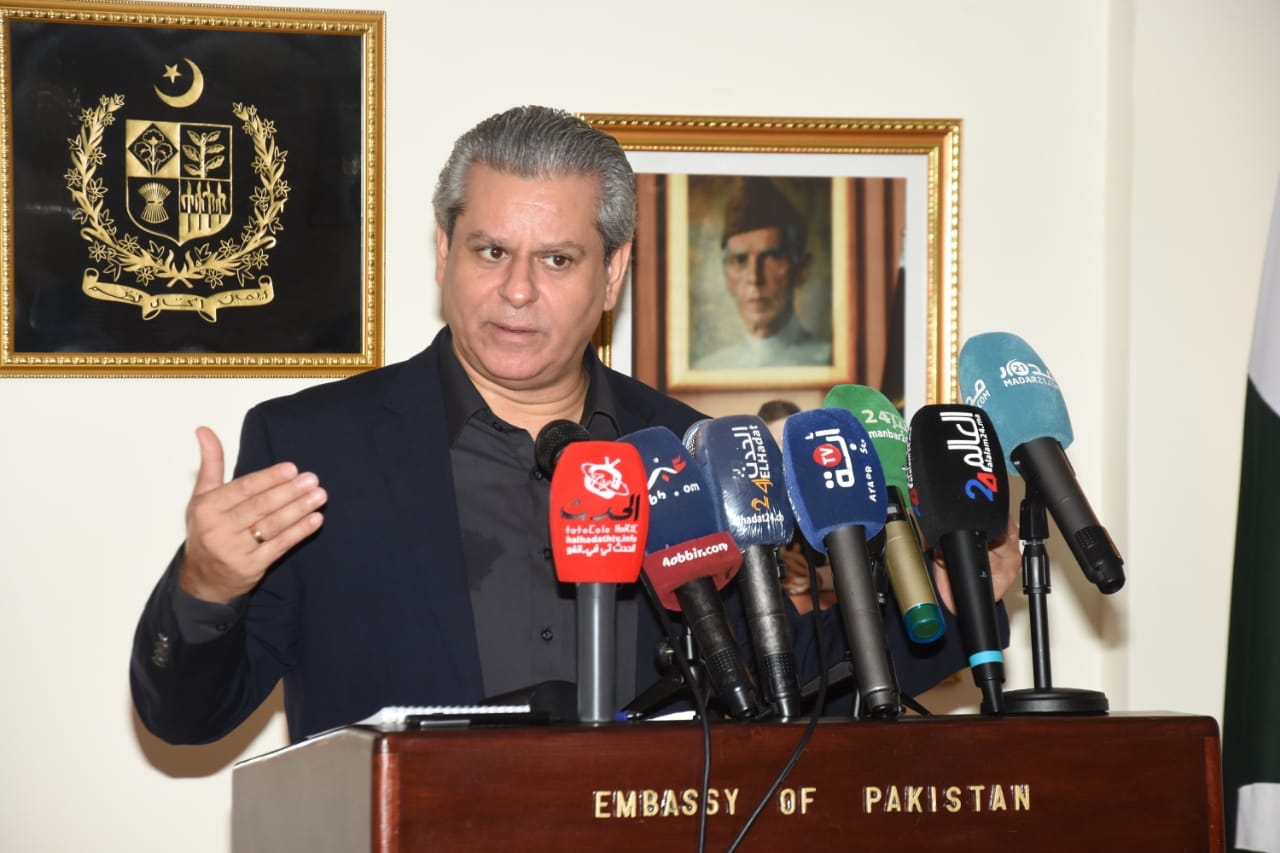 RABAT: Pakistan’s Ambassador to Morocco Hamid Asghar Khan behaved inappropriately and discriminated against a local Moroccan diplomatic staff, according to his former Moroccan driver who worked for the embassy for 13 years but was dismissed.

The former embassy driver Mohssine Elhani has accused that the Pakistani ambassador to Morocco acts away from the norms of diplomacy and behaves with a brutal dictatorship with local employees. Mohssine Elhani has filed a case of unfair dismissal in the Moroccan courts against the ambassador but the Pakistani diplomat refuses to comply, citing diplomatic immunity. Hamid Asghar Khan is married to the daughter of noted analyst and columnist Mr Ayaz Amir.

Mohssine Elhani, who worked as the ambassador’s driver for 13 years, was terminated by Ambassador Hamid Asghar Khan without giving a good reason. He said: “Previously, I worked with Ambassador Rizwan-ul-Haq Mahmood, Ambassador Tasnim Aslam, Ambassador Nadir Chaudhri, and they all know that I am a professional in my work.

“I give extra effort to my work without making any mistakes and to the best of my ability. In 2019, Hamid Asghar Khan was appointed as ambassador to Morocco. Things started to get worse for me. He misbehaved with me daily and used inappropriate words,” Mr Mohssine said.

Mr Mohssine said that on 28 February 2022, the ambassador arbitrarily dismissed him from his services while giving the following reason: “On 29.01.2022 you were on duty at an official lunch at Pakistan House. A very serious complaint against you has been communicated to the HOM by one of the distinguished Moroccan guests. The matter has been probed and verified as another one of the guests has corroborated the complaint of the first guest. Accordingly, your services are hereby terminated immediately without any notice/financial benefit on disciplinary grounds w.e.f. 28.02.2022 as per your contract.”

Mr Elhani said without giving him the opportunity and any evidence, the Ambassador wrote a letter against him to the Police, foreign mission as well as Moroccan Foreign Ministry.

Mr Elhani also accused Ambassador Hamid that “he cursed and insulted local staff and said we are the ones who pay your salaries. You should pay my bills for cafes and bars.”

Later on, Mr Elhani said he filed a case in Morocco court and three notices have been issued to Ambassador Hamid Asghar Khan to send his representative but the Ambassador has so far refused to comply and send any representative.

“In my thirteen years of meritorious service at the Embassy of Pakistan, I have had the honour of being the driver of five Ambassadors. Each one of the previous ambassadors has been highly appreciative of my professionalism and has given me letters of commendation. During this period I have never been charged with any offence. I demand justice from Pakistan’s Foreign ministry. I will go to the Pakistani court as well as the International court if I don’t get justice,” Mr Elhani said.

“I have letters from several respected Pakistani ambassadors who appreciated my professional ethics. And since I respect and love the brotherly country of Pakistan, I refused to include their files in the Moroccan press,” Mr Elhani added.

“I have a young family. I have to feed them. Due to this issue, I am sick and psychologically depressed. I will not allow anyone to let me play with my fundamental rights,” he added.

It is to be mentioned here that the government of Pakistan on the complaints of the Pakistani community recalled Hamid Asghar Khan when he was Consul General of Pakistan in Los Angeles. He served less than a year at this posting. The normal tenure for such postings is three years. A report published in Dawn on October 14, 2015, noted that this is not the first time that Hamid Asghar Khan has been recalled from a foreign posting.

Reports were also filed by numerous individuals against Khan that included allegations of misbehaviour, misconduct, intoxication during work hours and at official events/parties, fund embezzlement, solicitation of bribes, inappropriate/illegal involvement in local politics and mismanagement of Consular affairs.

One such report of Hamid Asghar Khan’s rude behaviour while intoxicated was published on May 5, 2015, in Business Recorder. According to this report, in March 2015, Khan while delivering his official speech in the presence of over 100 guests at an event hosted by the Pakistan Arts Council, insulted and physically threatened one of the guests. Following the speech, numerous Pakistani and American guests complained of the incident to the Pakistan ambassador.