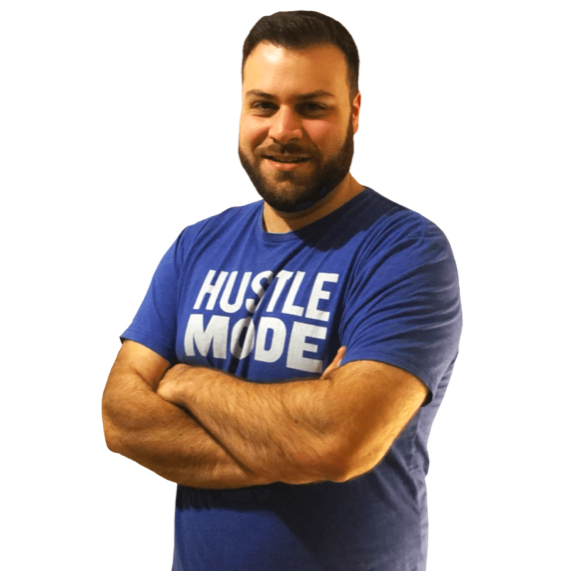 It was 2012, and self-taught entrepreneur Stefan Ciancio had just done what society had told him he was supposed to do, by graduating from college with a Bachelor’s degree in mechanical engineering. But still, he didn’t feel all that qualified to be a mechanical engineer – and, in fact, many of his peers felt the exact same way. Throughout their degree course, they were told “don’t worry, you learn everything on the job!” But it didn’t take long for Stefan to see that there was something wrong with this picture.

Still, he carried on down the path he had embarked upon, and progressed to the “next logical step”, by getting a mechanical engineering job.

Despite the relative financial security afforded to him by getting a job right out of college, he, like most other students, left with a substantial amount of student loans to pay off. Lucky for him, he had parents that had covered a good portion of his tuition and left him with the rest, via a loan. He was also awarded a good amount of money from his parents after he graduated, given to him as a “starting point”. But even so he was in significant debt.

Then, with that familiar optimism of a 21 year old, who also happened to be a newly minted engineer, he took a gamble he was sure would pay off, and promptly lost almost all of the money he did have on the stock market. All he was left with were the loans, starting his adult life and career as most college graduates in America do.

He was living off what was considered a pretty great salary at his job, while ever so slowly paying down his loans and living a budgeted lifestyle, but it left a lot to be desired. Around the same time, he also started to notice that most of his coworkers were 20 to 40 years older than him, and either counting down the days to the weekend or their retirement.

Stefan was forced to take stock of his situation and ask himself: “is this the rest of my life?” He decided that it couldn’t be.

About two years into the job, he discovered those living alternative lifestyles. They had online businesses, were traveling 24/7, and working on their laptop from wherever they wanted. They seemed fearless, and they were not confined to a life of budgets and desks until age 65 or 70.

There were a lot to look through, and while many seemed legitimate, some did not.

He began to study. He wanted to find out how he could live this lifestyle, too, and found there was a lot to learn. He learned primarily about flipping items on eBay, and then about Kindle publishing, then affiliate marketing, then blogging, then launching digital products, and so on and so on…

It was around 2014 that he began earning some money online from his own endeavors, and eBay flipping and Kindle publishing were his first breakthroughs.

By mid-2014, he knew that he would someday, very soon, quit his job and become his own boss. But this did not sit well with his coworkers.

You don’t really understand just how pigeonholed society is into limiting beliefs until you start mentioning things like “online business”, “travel while working from your laptop”, “make more money than you do at your day job”, or even more specific things like “operate a Kindle publishing business”, to those who’ve lived their life in the nine-to-five.

“All these guys you’re seeing online are scams”, muttered one of Stefan’s coworkers. “What are you going to do, sell drugs?” asked another.

Truth be told, he was a little shocked at the response. Despite all of his coworkers constantly complaining about how much they hated their job, they didn’t want to think twice about alternative options and opportunities.

However, as he began to learn more and more about psychology and what makes humans tick, he quickly learned that these were defense mechanisms, designed to keep his coworkers and others like them feeling okay about their own lives and decisions.

His parents were worried about him, which perhaps isn’t all that surprising; the idea of being your own boss had become such a foreign concept in America. That narrow-minded narrative that college is the only way to make money and have a future has fully consumed the minds of parents, guidance counselors, the media, and of course, is reinforced by the universities themselves. Regardless, Stefan knew what he wanted. He was not deterred.

He was also lucky enough to have met a lot of cool internet entrepreneurs online, all from different places, but all on the same journey. Some were further along, while some were just starting out. Getting to meet like-minded people legitimized Stefan’s own dreams and journey, and it helped him a lot.

The day finally came when he wanted to hand in his two weeks’ notice. He had the resignation in his hand when he went into work that day, although his boss happened to be coming in a little later than usual. Still, his letter was in by 10AM, and only a couple of friends knew.

Later in the day, one of his coworker’s came by his cubicle and said he had heard. He was saying there was still time to reconsider. Then another guy came up to the cubicle to tell him, “you’re young, now’s the time to get it out of your system”. All Stefan said in response to these doubters was “let’s hope it works out!” Unbelievably, all he got in response was a cynical, “I wouldn’t count on it”.

That was in September 2015. In the following two years, he endeavored to learn as much as he possibly could, and as a result not only did his business evolve, but he himself evolved too. Another two years went by, and he both learned and evolved even more. After four years of dedicated self-improvement and progress, his business and himself were both very, very different.

To this day, Stefan is still learning new skills, and he is constantly using and combining the various pieces of knowledge he acquires to do new things.

Amazingly, he has since paid off his student loans entirely, all through self-learning. Self-learning set him free, and it continues to do so.

Even now, people still often ask him if he would consider going back to a normal nine-to-five job. Here’s his response: “I honestly never think about doing that, because I know I’ll never need to. I’ve picked up too many skills, and the skills to learn new skills. So, even if the landscape changes, I have the tools I need to adapt.”

America’s secondary education system and college system did not prepare him for life in any real way. He had to stumble upon it and learn through the internet, other people, and alternative communities. Still to this day, what he has done is a foreign concept to most.

Stafan shares his advice “Learn skills on your own, or through peers or the internet, and find opportunities to monetize what you learn. The knowledge is out there, and there are plenty of communities that can help you along your way. Adopt a mindset of constantly learning and bettering yourself.”

Stefan is testament to the fact that life opens up once you do.