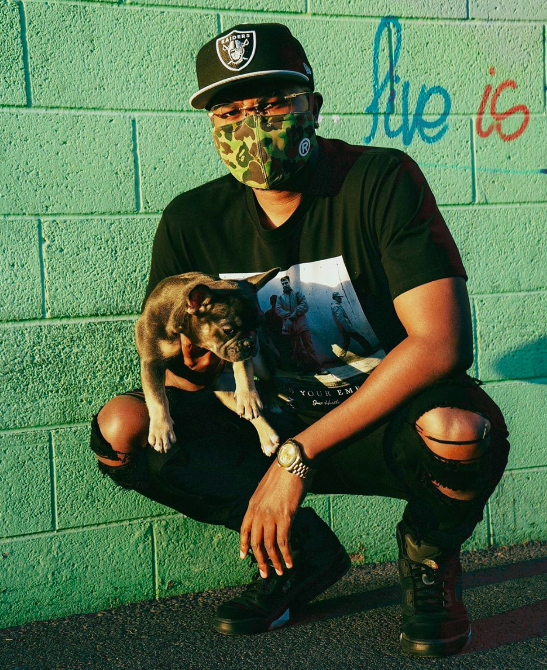 Youngsters nowadays get easily confused between two different courses to select for their career; some of them are even unable to come to a conclusion about the same. This was a stage in Capo’s life where he already knew what he wanted to become. Steve “Capo” Newland is a man who can’t be defined with just a few words because he is more than that. He has explored as good as three fields in his vast career that has been stepping stones in his life to reach him to higher realms in his career. This young man who has some affinity towards Atlanta which he calls home; originally comes from Willingboro New Jersey & his first stint was in 2005 when he joined hands with the Air Force of the United States as an active duty military member.

This military guy had no clue that life would take him to an entire different world of music. His journey in the music industry began in 2006 in Tokyo, Japan, where he became a part of Private Club Records, as a key member & mentor of the famous record label, along with the label’s flagship artists & the popular brother rap duo Madeintyo (Made in Tokyo) and 24Hours. Closely working for the record label, Capo played a crucial part in the growth & development of various artists associated with the same like “Rich The Kid”, “Speaker Knockerz”, “Lil Scrappy” & many more.

The credit of Capo’s entry into the music industry has been given by him to his cousin “Halim Rice” who himself is a label executive & also the manager of famous rappers like “50-Cent” and “G-Unit Records”. Capo appreciates his cousin for teaching him the basics & everything related to the industry. Capo dipped his hands with the coordination & tour management work of multiple international events & tours. This made him work along with artists like “Waka Flocka”, “Lil Jon”, “Juicy J”, “24Hrs”, “The Game” & “Asap Mobb”.

The life of Capo has today made him the best digital marketers in Las Vegas who is also making a name in the entire world with this extraordinary work. He owns his agency named “IMS MARKETING” which he launched in 2017 & since then is known as a powerhouse in the vast world of social media. With this agency of his, he even became a part of the 2019 “Pop Eye’s Chicken Sandwich” fiasco looking after the social media promotion work. Today he is more famous for not just being a part of the music industry, but also bringing the top new products & entertainment to millions of social media users.

IMS Marketing is also an agency that has made its client list reach more than 10,000 with handling social media accounts of clients that include various celebs, artists, musicians, businesses, & entertainers all around the world. Cape believes that his clients can wholly rely on them for their social media and public awareness campaigns.

Currently, as in 2020, Capo’s business partners & friends Kyle Treadwell and Pierre Balian are helping him to set up a new marketing firm & support him in his rise to social media dominance, the operations of which will be carried in a new home office that would be based in Las Vegas.