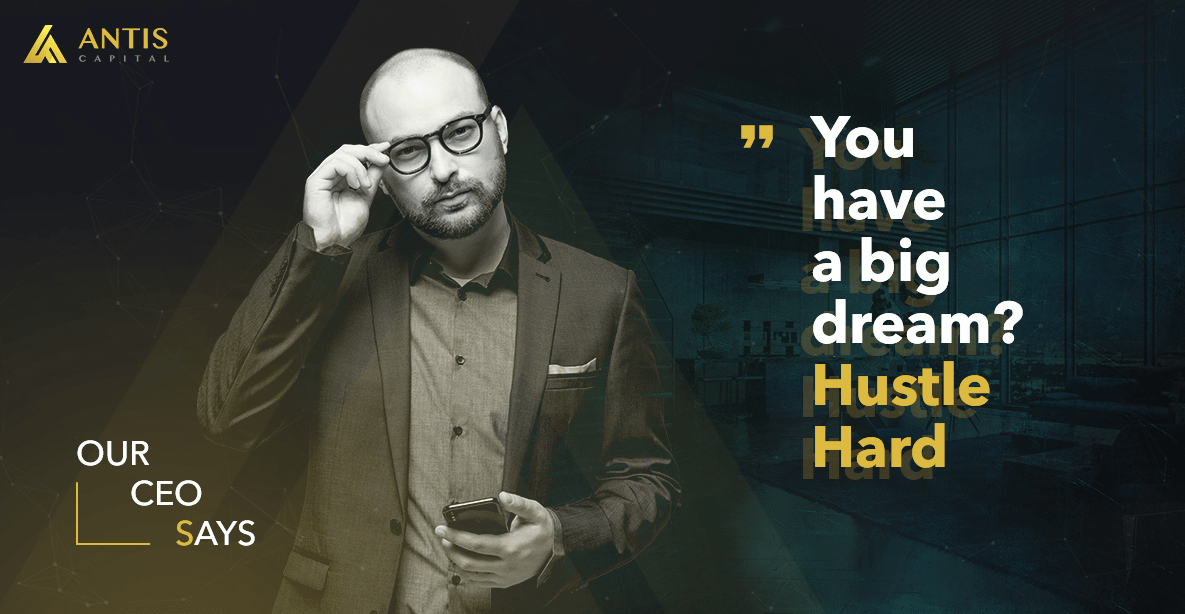 The Antis Capital company established by Philip Belov has managed to achieve such spectacular successes on the cryptocurrency market due to the implementation of innovative technologies created with virtual currency trading in mind.

In the era of the development of the Internet, payment methods, as well as various opportunities to earn money, blockchain-based technologies are gaining more and more popularity. Even though many people are fully aware of the importance of a decentralized currency thanks to being familiar with Bitcoin, they are not properly informed about the Fintech industry and Blockchain. That is why the originator and the CEO of Antis Capital, Philip Belov, has become interested in said topics and has decided to focus on the aforementioned branch of industry.

Where the idea of establishing the Antis Capital came from?

Philip Belov, the current CEO of Antis Capital, which is an enterprise that has been very successful on both real estate and cryptocurrency markets, did not know at first that he would eventually deal with the specified fields of industry. Philip was born in 1987 in Russia. From an early age, he started travelling with his parents to many countries in Asia and Europe; afterwards he visited the USA to finally settle in China. He also managed to graduate from the Beijing University of Technology and afterwards – he made a decision to open his very own company.

He has been living in Dubai for about 5 years and has been successfully developing his Antis Capital company which, aside from investing in real estates in Dubai has also been dealing with developing an efficient BOT allowing for cryptocurrency trading. Antis BOT is undoubtedly one of the greatest achievements of Antis Capital. It is a kind of technology that is strongly connected with such notions as cryptocurrencies, blockchain, and fintech. Thanks to said fact, it can be safely stated that openness, out-of-the-box thinking, and a creative mind have all led the CEO of Antis Capital to the point in life he is now.

What distinguishes Antis Capital from other companies on the market?

The Antis Capital company established by Philip Belov has managed to achieve such spectacular successes on the cryptocurrency market due to the implementation of innovative technologies created with virtual currency trading in mind. Due to the fact that the intelligent technology developed by Antis, namely the Antis-BOT, is characterized by a relatively very low risk of losing funds and a high possibility of generating a notable profit on the cryptocurrency market, many people have decided to start cooperating with Antis Capital.

While taking into account professionalism, field-related knowledge, developed innovations, and the willingness to cooperate with each and every potential business partner regardless of his or her origin or material status, the Antis Capital company has gained recognition and prestige among many investors. What is even more, offering solutions that allow clients to minimize risk and maximize profits has made Antis Capital a true leader in the fintech industry and in cryptocurrency trading.

How does Antis Capital minimize risk?

Thanks to the use of the most advanced and efficient Bot utilized for cryptocurrency trading, the Antis Capital company minimizes the risk of losing the initial deposit made by the client. The artificial intelligence that has been called “Antis-Bot” makes trading on cryptocurrencies simple, safe, and protects savings against ill-considered decisions. Thanks to a specially developed and adjusted artificial intelligence, Antis Capital had been encouraging more and more investors to start cooperating with it. Thanks to that, one may be certain that even people with suboptimal experience in cryptocurrency trading will be able to generate remarkable profits relatively quickly while at the same time lowering the risk of them losing their initial deposit.

What are company’s development oriented plans for the future?

Even though the current situation is rather far from being optimistic, Antis Capital intends to continue developing and acquiring new cooperation partners. Despite the problematic situation, both in terms of epidemics and economic condition, Antis Capital invites every willing individual to cooperate with it in order to protect his or her savings in the event of losing his or her source of maintenance, as well as to multiply his or her savings. The developed artificial intelligence in the form of ANTIS Bot allows for trading in cryptocurrencies practically without taking any risk whatsoever. Basing on the positive opinions of current users and business partners, the company guarantees a fruitful cooperation and the possibility of generating more and more profits. What is more, the desire to develop in the area of real estate in Dubai only means that more and more people not interested in cryptocurrencies will be able to still invest and earn a lot thanks to Antis Capital.

How do you deal with hate, Philip?

In one of the statements of the CEO of Antis Capital, Philip Belov, he claimed that every entrepreneur had to deal with the hate that was strictly connected with his or her business undertaking. It is unfortunately a very common and increasingly acceptable phenomenon that is visible especially in companies where money can be made without a real effort. Even though Philip has been asked many times if his business has been legal or not, he has proved that there have been no shortcomings and irregularities identified. Nevertheless, he has still been accused on scamming people online several times. Philip Belov emphasized that he had investigated said allegations and had specified that none of the people who had been talking about a potential fraud had been using the Antis Bot for trading on cryptocurrencies. Basing on such conclusions, Philip stated that the allegations had been unfounded and that every entrepreneur would eventually have to deal with hate online. He also stated that it was important not to give up and not to resort to explaining oneself. It is much better to focus one’s attention on working with clients and business partners at the highest level of satisfaction possible. It will yield better results that engaging in unnecessary disputes with people who want to see one’s business fail.