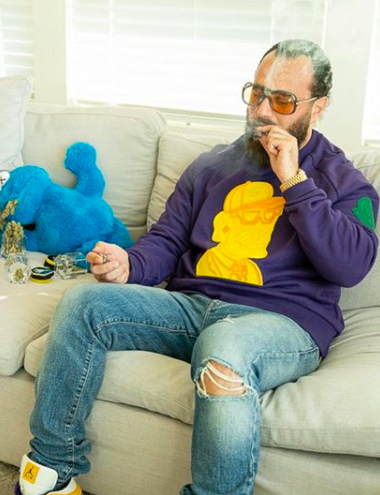 It is Barkho’s strong belief in his cannabis brand and talent group that has made him one of the top players of the industry.

All of America is known for giving birth to innumerable talents and also the many different industries, businesses and entrepreneurs and artists. They have an ocean of talented people who are making waves across various sectors and proving their mettle in every way possible, such are the opportunities that the country gives them, and such are the talented people who through their skills excel at everything they do. Iraqi entrepreneur from the US named Enas Barkho is one such cannabis businessman who has gradually but firmly made a name for himself in the deep ocean of cannabis in the US. His strong belief and passion for recreational marijuana resulted in giving birth to his luxury weed brand called “JetFuel”.

Many years ago, when Barkho was only a junior in high school in the year 1998, he had realized how cannabis one day would become recreational and also one of the factors to change the world. He aspired to become a key player in the industry in his unique way. As Barkho also loved music equally, he decided to bridge cannabis and music together to become a successful entrepreneur. At the naive age of 17, to fulfill all his dreams, Barkho turned a cannabis entrepreneur and after working for around a decade in the industry has become the founder of his luxury weed brand called JetFuel.

His creative instinct also made Barkho enter the creative field and initiate his talent group called “Face Card”, which is a robust platform for all the talented artists of the rap and hip hop community looking out for ways to increase their reach, platforms and audiences. Barkho has been instrumental in growing and developing the careers of several artists till now, some of the names include Cypress Hill, Xzibit and Talib Kweli.

Wanting to give people the world best experience through his cannabis brand and making people crave more for the same, Barkho entirely focused on the quality of his luxury weed brand that helped JetFuel make its distinctive place in the ever-growing industry. It has been sold to various dispensaries in California today and has been able to satiate the numerous demands of several customers through highest-quality cannabis.

Many customers and social media influencers already have created a rage of the brand across various platforms by tagging “JetfuelOG” and posting about them. Managing many prominent artists, Barkho realized that these artists were also pioneers in the marijuana industry and this made Barkho invest heavily in the creation of several cannabis brands in the industry labelling them as “Jet Fuel”. They have been consistent in creating an exclusive brand offering high-end cannabis with very strong THC percentage.

Barkho, who once aspired to become a key player in the cannabis industry, today is one of the leading key players of the industry who is on his path to achieve even greater feats with his knowledge and talents.