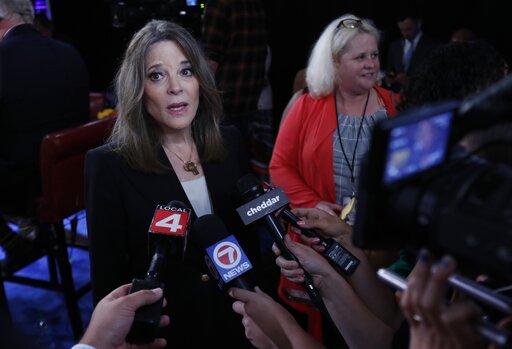 Marianne Williamson, the presidential candidate for the Democratic Party, recently rolled out the latest plan for creation of U.S. Department of Children and Youth which shall pre-dominantly be focused on the issues associated with American children.

During her interview on 28th July with Williamson, Margaret Brennan, the host for CBS show “Face the Nation” steered the entire conversation to one single plan by the candidate for public education. In her reply to the questions asked during the conversation, Williamson stated that U.S. is the only nation which is advanced enough to base the educational funding in conjunction with the property taxes.

Similar claims were made by Williamson over Facebook as well as Twitter. Her entire campaign revolved around the same claims. However, mentioning that the U.S. bases the entirety of its funding for education based upon the property taxes could be a bit of stretch. Not just that, comparing the U.S. with other countries could be a tough call.

Experts mentioned that the arguments made by Williamson state that the U.S. allows the states to control what happens with education in the schools. Even though each state has its different protocol, they rely upon the combination of local and state funding.