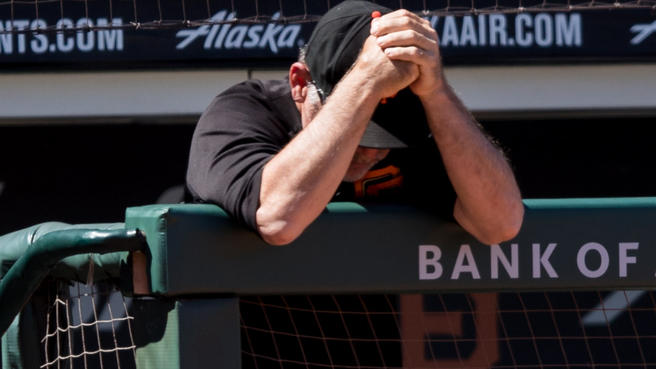 All good things must come to an end.

The Giants’ seven-game winning streak? Good, but over.

The New York Mets hit four long homers on Saturday, handing the Giants an 11-4 loss in front of the home crowd at Oracle Park.

Starting pitcher Jeff Samardzija couldn’t keep the momentum going as he gave up six hits and four earned runs over five innings. He did strike out seven Mets batters, though.

“A tick off as we were as a team,” Giants manager Bruce Bochy said of Samardzija to reporters after the game. “We didn’t swing the bats like we had been, so just a little off. It was just one of those days where they had their day and it was a tough day for us.”

The Giants came out of the All-Star break on fire, winning eight of their first nine games. They swept a four-game series in Colorado and had won the first two games against the Mets in walk-off fashion. But the bats couldn’t get going against New York starter Walker Lockett, who allowed just one earned run in five innings.

“You’re going to have days,” Bochy said. “We’ve been playing so well and had a bump in the road here. That’s how we have to look at it. Regroup and come out and be ready to go tomorrow.”

Bochy was asked if the Giants’ recent schedule had something to do with Saturday’s lackluster performance.

“It probably looked [like] it today,” Bochy said. “It’s been a tough schedule for these guys and not taking away from Lockett. He threw the ball well and we had a hard time figuring him out. When you look at this past week, four games in Colorado, 16 innings, but Pablo [Sandoval] went out there and swung it well today, he’s been out there almost every inning. [Brandon] Belt, he got a couple hits.

“But it’s going to look that way when you don’t swing the bats. We’re going to have a game like this. But we gotta keep going, keep grinding. We’re playing well and this one was just not a good game for us.”

The Giants have a chance on Sunday to erase the bitter taste of this defeat. Left-handed pitcher Conner Menez will make his major league debut Sunday, taking the place of Drew Pomeranz in the rotation. In 18 appearances (17 starts) between Double-A Richmond and Triple-A Sacramento this season, Menez has a 3.13 ERA and has struck out 123 batters in 95 innings.