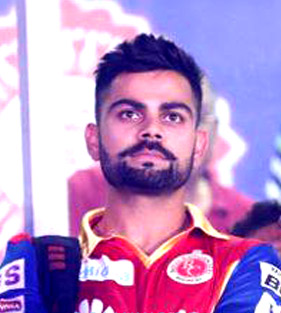 On the occasion of his 31st birthday, the Indian Cricket Team captain Virat Kohli has penned a letter to his 15-year-old self. He posted the letter on his Twitter handle. Out of all the wisdom he gives his younger self he also advises- “Savor those parathas buddy. They’ll become quite a luxury in years to come”. Kohli celebrated his birthday vacationing in Bhutan with wife Anushka Sharma who has been posting pictures of their trek and meetings with the villagers who did not recognize them.

The cricketer was rested from the ongoing three-match Twenty20 International (T20I) series. The Indian batting line-up failed to live up to expectation at the Arun Jaitley Stadium in Delhi. India lost the opening encounter, falling to their first defeat to Bangladesh in the shortest format. Mushfiqur Rahim played a fine knock to lead the visiting country to a historic win. The second T20I is scheduled to be held on November 7 at the Saurashtra Cricket Association Stadium in Rajkot. The third and the final match will be held at the Vidarbha Cricket Association Stadium in Nagpur on November 10.

Kohli will be part of the matches starting from November 14 when India & Bangladesh will play a two-match Test series in Indore. In the recent past, the Indian team captain led the number one-ranked Indian Test team to clean sweep victories over the West Indies in the Caribbean and South Africa at home. India registered their 11th consecutive Test series triumph at home and consolidated their lead at the top of the ICC Test Championship points table with its win against South Africa.