The world’s most prominent cryptocurrency Bitcoin dropped by 5% approximately in 24 hours. The digital asset struggled with fluctuating challenges. The bitcoin price fell to as low as $7,918.28 around noon. Since October 7 with 4.75% at this point, the digital currency is trading at its lowest point. It later recovered a bit by rising slightly to trade at $7,974.96.

When explaining Bitcoin’s recent declines, Jeff Dorman, the chief investment officer of asset manager Arca said that widespread selling activity led to the low price. He stated today’s move lower is less about the magnitude and more about the correlation and direction. They are hearing that the broad-based selling is being driven more by market makers and those that are short pushing the market lower, rather than driven by long unwinds or selling.

Joe DiPasquale, CEO of cryptocurrency hedge fund manager, BitBull Capital, said that they believe the current Bitcoin price action is technical in nature. Several market observers emphasized on technical analysis. They have been using it to explain bitcoin’s recent fluctuations. He further said that the price broke down from a descending triangle last month and has since continued to test the key support at $7,750. So they expect bears to try again and break the $7,750 support. As in the absence of market catalysts it has the potential to clear the way for a drop to $6000.

One needs to keep in mind that investing in bitcoins is highly speculative as the market is largely unregulated. People interested in investment should be prepared to lose entire investment. 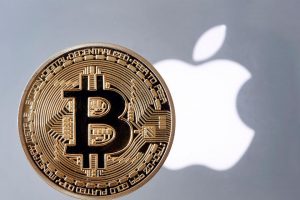