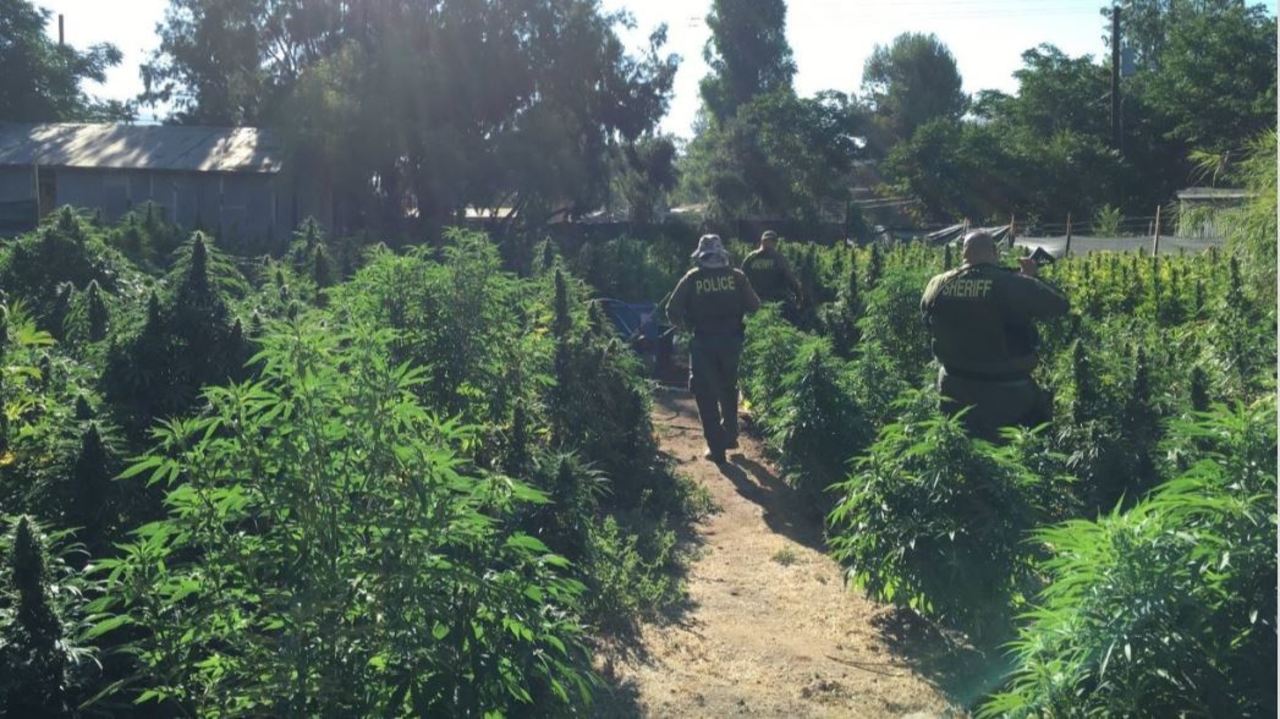 Riverside County sheriff’s officials said 56 search warrants were served on Thursday at properties under investigation for alleged illegal cultivation of cannabis. The result of the bust include:

SkyFox flew overhead showing what appears to be large bales of cannabis being put through a chipper.

The Riverside County Sheriff said that the emphasis of the operation was targeted on illegal cultivation sites and that people growing marijuana under Prop. 64 guidelines did not have their marijuana confiscated.

The sheriff also said that licensed businesses with permits to grow marijuana legally for commercial purposes were not affected.

The sheriff said the department really was focusing on illegal marijuana cultivations, which officials stressed also often use chemicals that are banned in the United States and destroy the environment, contaminate drinking water, and have the potential to harm or even kill residents and domestic animals.

On the Perris Sheriff’s Station Facebook page, officials wrote: “Several violent crimes to include robbery, assault with deadly weapons, and homicides (that’s right, HOMICIDES) have occurred this year that were connected to illegal marijuana cultivation. We listened to our community and as a result, Sheriff Bianco authorized the massive operation that began this morning in the Perris Station’s jurisdiction. Being that this operation was such a success, there will be more!
Also, a big thank you to the Perris Station Explorers helping out by keeping everyone hydrated.”

Several violent crimes to include robbery, assault with deadly weapons, and homicides (that’s right, HOMICIDES) have…