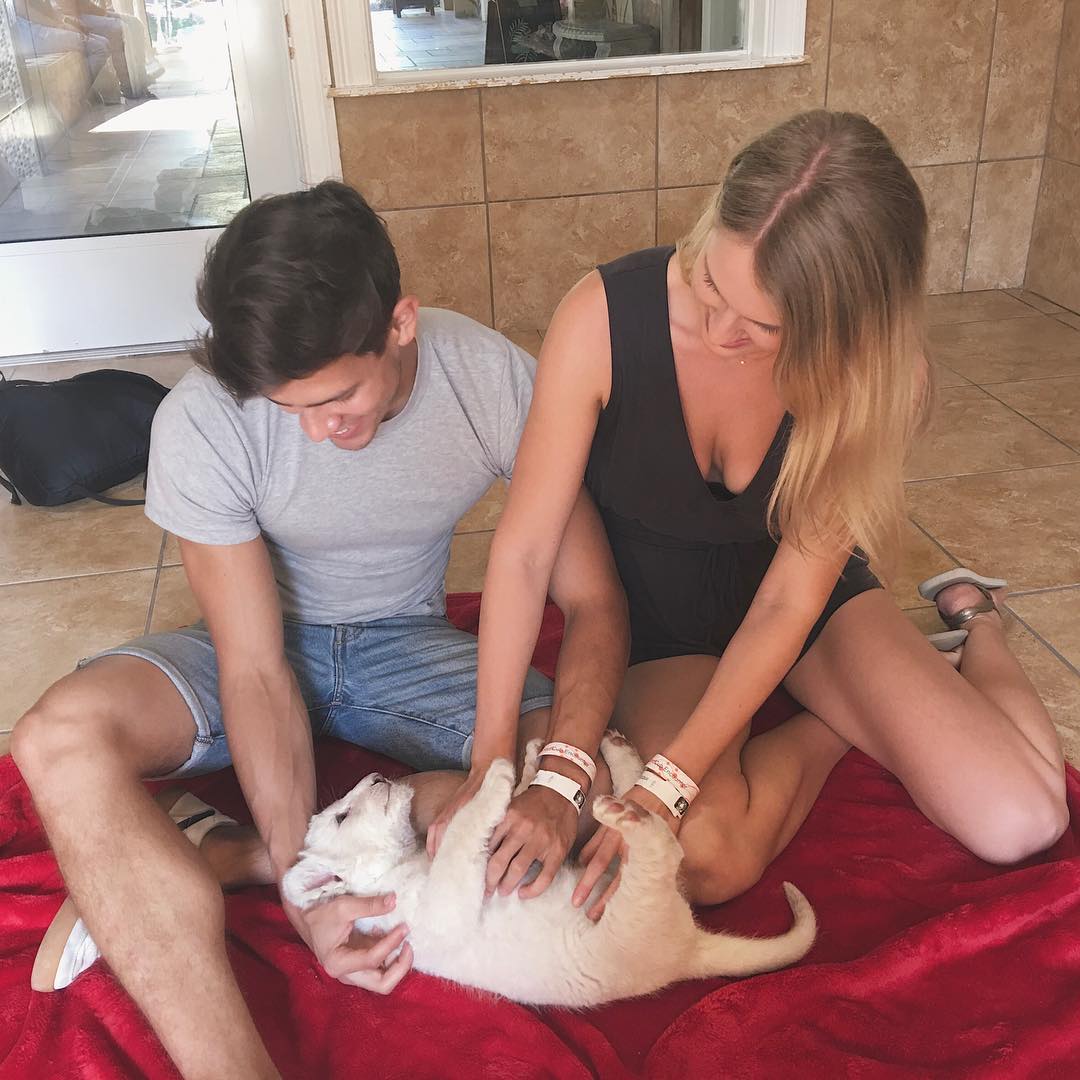 This millennial family has taken over Instagram by storm with almost half a million followers on their Instagram handles @GabrielMPadilla and @WithRoxy.

Gabriel M Padilla is a Cuban-American menswear and lifestyle influencer, originally from Southern Oregon. He made his way to Los Angeles, at only 18 years old with no safety net or contingency plan, but filled with hopes of making his modeling career in 2015. However, after two years of being signed to three different agencies in three different markets, Gabriel quickly made a switch to social media when he realized that it was going to overtake modeling.

Four years ago, Gabriel met his girlfriend, Monica Landén in Los Angeles. Monica was born and raised in Finland, with a great passion for traveling. Her parents believed that she was capable of traveling alone at only 13 years old to Australia, and she did so responsibly! This was a huge turning point for Monica as she realized how self-sufficient she can be when the situation requires it. She was also able to travel all around Europe, as well as adventuring in different countries such as Brazil, Mexico, Australia, and Northern America.

Being from two different countries was a bit of a challenge for the couple in the early days. Monica being from Finland, while Gabriel being from the US meant a few immigration issues. Gabriel and Monica had to constantly move from one place to another while staying together to avoid breaking any laws. Until finally, after a couple years of constantly moving from country to country, they were able to get their own place together in LA.

Shortly after, around the time of Monica’s birthday, the couple had gotten Roxy, a gorgeous Husky-German Shepherd mix who is often mixed up with a wolf during their many long walks! Roxy is clearly the center of their family – as a dog, she is the definition of a millennial baby to the couple.

Gabriel and Monica’s life has certainly changed with Roxy around. Though having Roxy  has proven to be a huge responsibility, the couple has enjoyed every minute of the three years she’s been in their lives.

Social media became a full-time gig for Gabriel and Monica as their popularity on Instagram increased. Their creative content ranges from travel, fashion, and lifestyle, even to pet content!

The couple co-manages the account @WithRoxy and were able to stand out from many pet influencers existing on the platform. @WithRoxy isn’t your typical comedic pet influencer page, but rather showcases their family and their adventurous lives together.

Since Roxy is never left alone, she is always along for the ride with the couple. This has kept their fans excited to see the places they travel to with Roxy and eager to know where’s the next destination for the family.

What defines Gabriel, Monica, and Roxy as a millennial family is not only that they are younger than most family bloggers, but they are truly unique in a way that they truly portray the true essence of the millennial lifestyle: working from home and freelancing, having a dog instead of a baby, renting an apartment in a big city rather than owning a home, and having such a multifaceted career that enables them to pursue their love of travel!

As many millennials do these days, the couple certainly values the freedom and flexibility to chase their dreams without thinking of money as a hindrance. As Gabriel’s favorite quote, originally shared as a joke by his grandfather goes, “Anything can happen in a day!” – they believe in trusting that everything will work out eventually if you push yourself to achieve those dreams and stay authentic throughout.