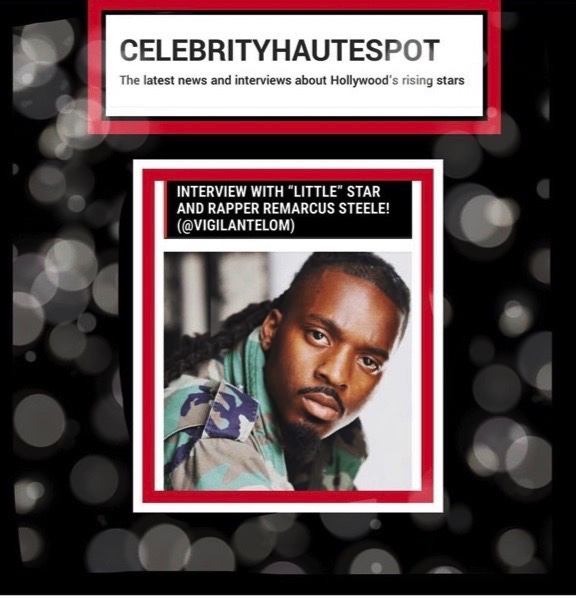 There are select events in your life that mean so much to you that you remember exactly where yo were when you got that phone call. Thats exactly how Vigilante describes the moment he got the news he had been selected to film in the movie Little.

It was a regular day of filming and Vigilante was on lunch break. His phone began to ring and he noticed it was his long time business partners Cab Casting. Cab had booked Vigilante previously to this phone call as background in films such as The Quad, Step sisters, Undercover Brother 2 and many more. Vigilante assumed this phone call would be another background booking but was pleasantly surprised to find out it was not. Cab Casting told vigilante that the director of the movie Little had handpicked him to be in her film. Shocked and extremely grateful Vigilante accepted the offer.

A few days later Vigilante attended a fitting for his new role. This fitting was very interesting seeings to how his role was an urban suburban student all at the same time. Most fittings are simple because the character is described in one way and dressed in the same way. Confused and well dressed Vigilante was ready to get on set officially.

With every major movie there are a few actors who are chosen by either casting or crew to have a day player role that could lead to you becoming a signed actor, A theater premier and or Sag Eligible. This was that movie for Vigilante and his friend GL. GL had filmed the day before Vigilante and was given lines that intern helped him push his career to where it is now. Vigilante watched how GL’s career changed overnight and was looking forward to the same thing happening for him. 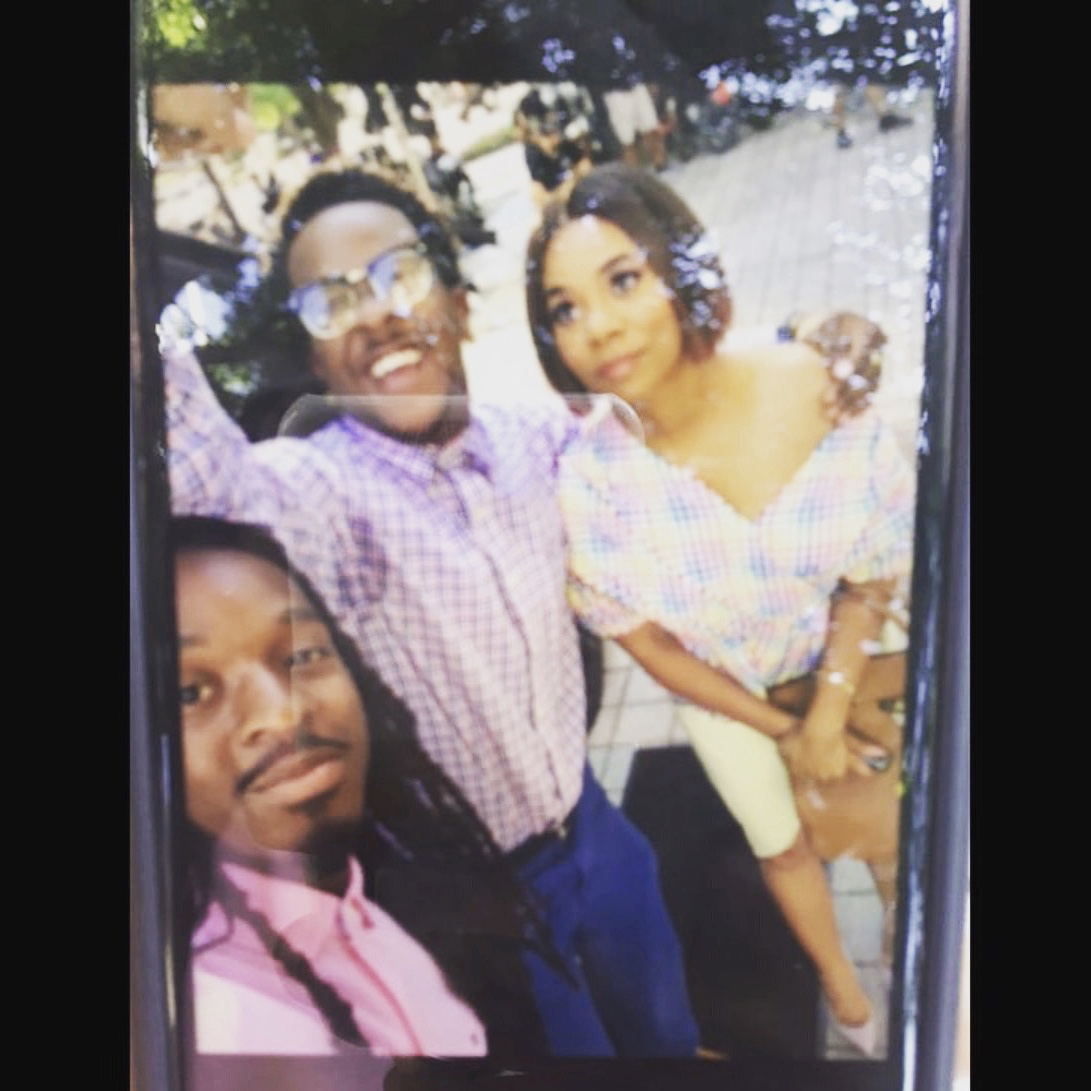 Then came the big day. The set was in the heart of mid-town not to far from the V103 Radio Station. As Vigilante arrived he was greeted by the set PA’s and directed to hair, make up and wardrobe. The first outfit is the one seen in the the movie where Vigilante had on an orange shirt, khaki straw hat, khaki pants and brown loafers. In this scene the main character played by Regina Hall exited her building to find Vigilante and his scene partner taking photos on her car. You’ll have to watch the movie to know what happened next. Filming went great on the first day and Vigilante was so excited to film the next day. All the cast members were so nice and the director Tina was amazing. She had hinted to Vigilante that she was going to give him lines a few times but that never came to past.

Day two of filming Vigilante was late to set due to traffic. Once Vigilante arrived to set he tried to hurry up and get dressed while every was distracted preparing for the first shot. Once dressed Vigilante walked on set with the wrong clothing on. His scene partner was dressed in new clothing and gave Vigilante a confused looked when he came to set. Vigilante quickly ran to the back and changed into his 2nd outfit without anyone noticing and found his spot on set right before the cameras began to role. 90% of the filming day was over when Vigilante took that picture you see in this article.

Filming was so much fun. Leading up to the release of the movie Vigilante watched as GL included himself in all red carpets and movie promotional outings for the movie. Vigilante set back and watched the moves that his cast mates of the movie Little made to promote the movie and used it in future projects.

When the movie premiered in theaters Vigilante was front. His first scene was shown but he 2nd scene was cut out. That taught him an importance lesson in post production decisions.

Around the time of the movie release Vigilante picked up a new PR REP and Celebrity Haute Spot wrote about his role in Little. This is still Vigilante’s biggest movie release to date but Vigilante plans to top it in 2021 and every year beyond. Grateful for the opportunity and full of new knowledge Vigilante is more than ready to take the movie business by storm on his new found level of success.