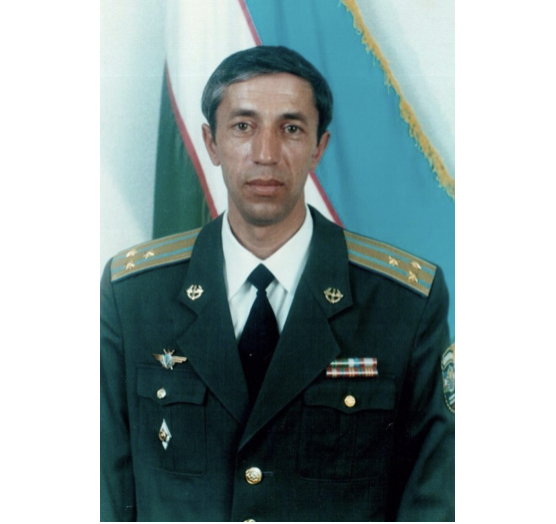 Saydullah Madaminov was born in 1957, in Osh, Kirghiz SSR. His career, life, and battles have set a great example of achievements and have made him an inspirational role model for generations to come in the Air Force. He received his education from Yeisk Higher Military Aviation Institute (EVVAUL) from 1974 to 1978. He attended the Transbaikal Military District upon graduation, where he joined the 23rd Air Army, first at Step and then at Dzhida in 1980. In 1982, he received a promotion to flight commander. In 1983, he got transferred to Brand Airbase in East Germany to join the GSFG. By 1987, he rose to become a squadron leader.

Saydulla Abdukuddusovich Madaminov is a retired colonel of Uzbekistan who also served as the 4th commander of Uzbekistan Air and Air Defence Forces from 2001 to 2003.

He served as the 4th Commander of Uzbekistan Air and Air Defence Forces, a 3rd, 2nd, 1st class military pilot with a ‘Pilot Sniper’ badge, and a squadron leader. Saydullah served as the Commander of the 735th Aviation Regiment or did international visits as Commander of the Uzbek Air Force to Turkey, US, Russia, UK, and Italy. Colonel Madaminov has it all have the title of a veteran. He has experienced the scent of what the Air Force Mission truly circumscribes.

Saydullah earned an additional military degree from the Gagarin Air Force Academy in Monino from 1988 to mid-1991. After successfully acquiring his second tertiary degree. Saydullah, as a powerful force, didn’t stop there; there was still more to come for him. He then continued his Soviet Military Service at the Turkestan Military District. Then came the summer of 1991, when he arrived at the Khanabad Air Base and became the Chief of staff and the First Deputy to the Commander of the 735th Aviation Regiment. After the collapse of the USSR, by 1993, the Soviet Military Authority went downhill in Uzbekistan, ultimately leading to the appointment of Saydullah as the Commander of the 735th aviation regiment, which in August of 1995 was re-named the 60th Aviation Regiment of the then newly formed Uzbek Air Defence Forces. The freshly established Uzbek military was re-arranged. Khanabad Air Base became the most extensive air force base in the country.

The mid-90s saw the emergence of the Tajik Civil War, which embroiled the Uzbek Air Force; Colonel Madaminov successfully carried out over 120 sorties targeting the Islamic extremist. Then in the late 90s, he participated in military operations, successfully neutralizing the IMU fighters who had taken over some mountainous areas in the northern Surxondaryo and launched an incursion into the Batken and Osh regions of Kyrgyzstan.

In March 1999, the Ministry of Defense transferred Saydulla to the capital Tashkent, where he received a promotion to the Deputy Commander of the Uzbek Air and Air Defence Forces. In October 2001, by decree of President Islam Karimov, Colonel Madaminov was appointed the Commander of the Uzbekistan Air and Air Defence Forces. He executed that role until late 2003. After that, his journey as a senior military advisor and inspector for the Ministry of Defense of Uzbekistan began. Saydullah retired from the Military in August 2007. Colonel Saydulla had received Medal “For Distinction in Military Service” and “Jasorat.” He received the “Shon-Sharaf Order,” or The Order of Glory, for his devotion and courage in defending the country and strengthening Uzbekistan’s defense and national security.

After retiring from the military, Saydulla turned to civil aviation. He worked as a Yak 42 Captain for Tulpar Air from 2011 and 2013. Initially, he was located in Kazan but later relocated to Vnukovo Airport in Moscow. Before fully retiring from all aviation work and moving back to Uzbekistan, Saydullah became the Deputy Head of Gosaviandzor for the North Caucasian Federal District in 2014. He worked from the Mineralnye Vody Airport and held that position until late 2021.

The master of his craft