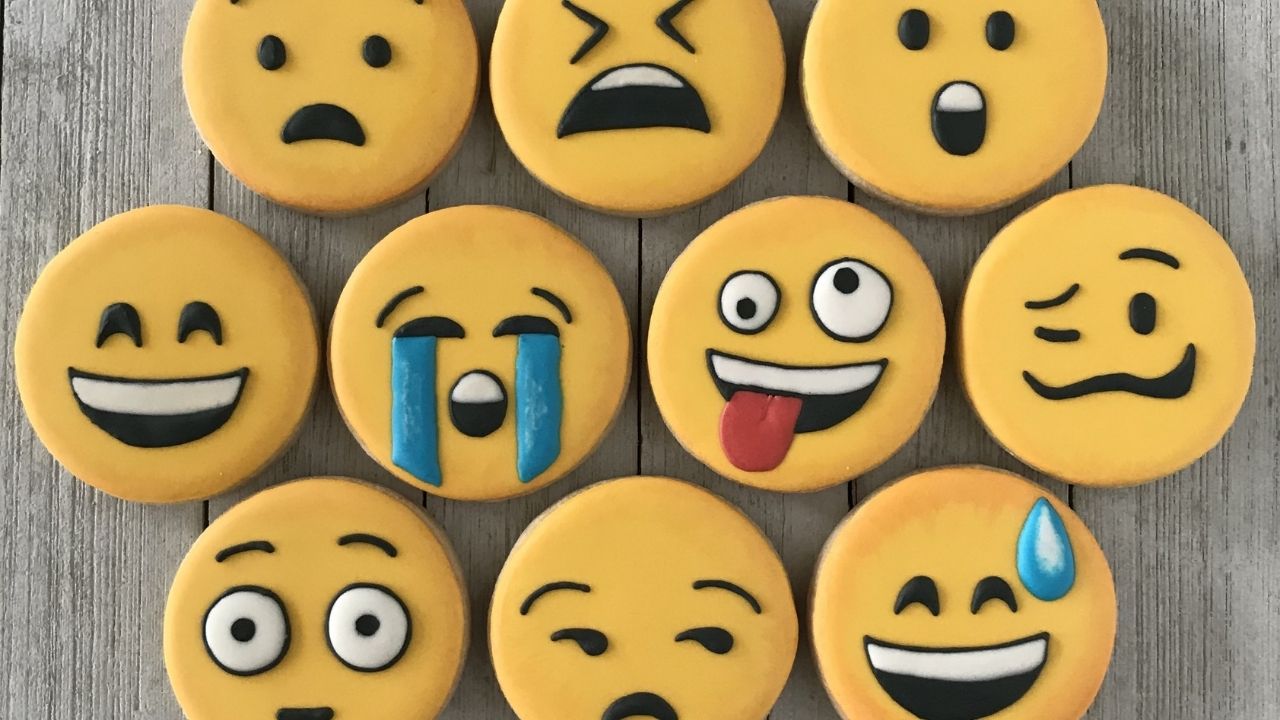 Forms of communication evolve and develop, as evidenced by the incorporation into our written communication of emoticons and emojis.

What does the term Emoji mean?

Emoji is a Japanese word used to refer to images or pictograms that are used to express an idea, emotion, or feeling in digital media.

Its name is made up of a Japanese sign equivalent to our “e”, and “moji”, which means letter. In French we call it an emoticon which comes from the words emotion and icon.

It was in September 1982 that the American scientist Scott Fahlman proposed the use of the character sequence 🙂 in the subject of a message to indicate that the comment contained a joke.

The first emoji was created in the late 1990s by Shigetaka Kurita, a team member working on a mobile internet platform owned by DoCoMo, the mobile operator of NTT. The experience has been positive. The heart symbol was added to their Pocket Bell mobile options in 1995 and they then considered expanding the offering.

In 1999, an original set of emoticons includes weather, traffic, technology and time.

In 2015, emojis gets a diversity update with five new skin tones and a set of same-sex couples.

New emoticon proposals suggest characters to convey information across language and culture, like a mosquito to represent diseases like malaria and Zika.

From time to time, the Unicode Consortium, the group responsible for updating the standard, approves new emojis. In 2016, up to 72 new symbols appeared and around a hundred new models are expected this year. Greater racial diversity and the inclusion of other international elements were the main demands.

The popularity of emoticons

Emoticons are so popular among Internet and mobile phone users that the smiley face with tears of laughter or joy was chosen as the “word of the year” in 2015 by Oxford University Press.

In addition, since 2016, Apple has been celebrating World Emoji Day, an example of the development of these symbols today.

Communication through images has been present throughout history. Emoticons are the contemporary way of conveying emotion via a keyboard. A return of the language which is imposed today with force, favored by social networks and messaging applications. Emoticons say a lot about us and their use also determines the type of communication we have with the interlocutor.

Emoticons are the contemporary manifestation of the human tendency to represent their emotions and thoughts in pictures. Images have always played a socializing, communicative and expressive role for us as important as language. Non-verbal communication in society is now enhanced by emojis.

Today, companies like Bobble, play an integral role in advancing communications via emojis and other conversational forms of media. Bobble has more than 50m users and the platform continues to grow with the passage of time.

As a reminder, a large part of human communication is non-verbal. A study from the University of Pennsylvania reported that the majority of communications are transmitted non-verbally. 70% of communication takes place through body language, 23% by tone and inflection of voice, and only 7% by the words you speak! Emoticons add this notion to the text of messages.

Although their use is very popular and there is great diversity, “emojis” are of Japanese origin, hence some associated cultural issues. For this reason, many of these elements are given a different meaning that has very little to do with those created.