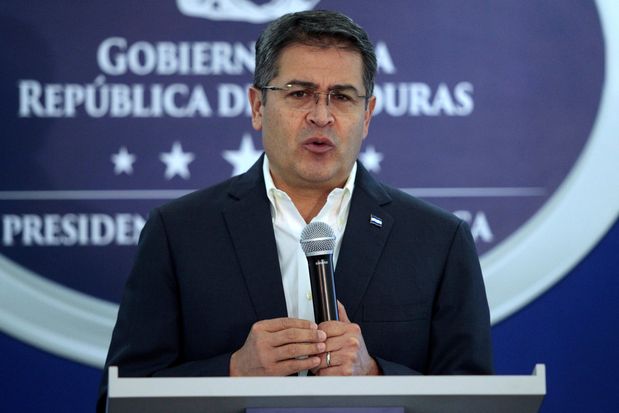 Juan Orlando Hernandez, the Honduran President was accused by the prosecutors of the US on the matters of conspiring with the top politicians and his brother as well to save some of the drug traffickers.

On Friday, lengthy documentation was released in which New York prosecutors provided details and imposed allegations on Juan Antonio, who is the brother of former lawmaker of Honduran, Juan Orlando. The prosecutors said that younger Mr. Hernandez is a drug trafficker who deals with multi-ton of drugs and has been found to stamp his initials on the all the shipments of cocaine.

Juan Antonio Hernandez is now waiting for the trials on weapons and drugs charges imposed on him in the United States but has pleaded for not guilty.

The presidential election of Mr. Hernandez in 2013 was backed by $1.5 million in drug proceeds. A witness who was identified in the court as a former official of Honduran, who also was a drug trafficker cooperated and gave a statement saying that he used cash and provided gifts as a form of bribe to the local politicians in exchange of their support for the campaign of President Juan Orlando Hernandez.