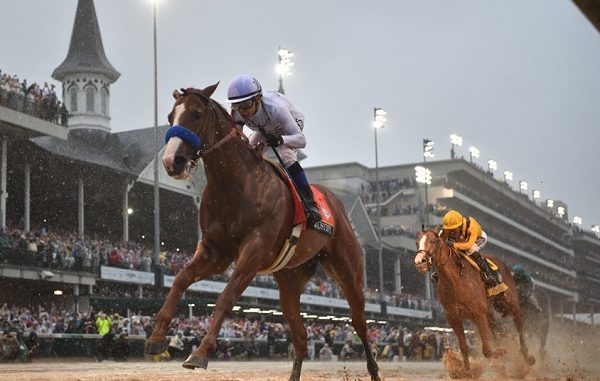 LINCOLN — Petitions to allow casino gambling at state-licensed horse tracks in Nebraska are expected to hit the streets next week.

The launch of signature gathering comes three months after Ho-Chunk Inc. and the Nebraska Horsemen’s Benevolent and Protective Association announced the petition drive.

Lance Morgan, president and chief executive officer of Ho-Chunk, the economic development arm of the Winnebago Tribe, said sponsors have spent the intervening weeks refining and double-checking language on the trio of petitions, with an eye to likely legal challenges.

Revised language, filed with the Secretary of State’s Office early this month, makes no changes in the key components of the petitions.

The Keep the Money in Nebraska petitions include a proposed state constitutional amendment to legalize expanded gambling at racetracks, along with two proposed laws that would regulate and tax casino gaming. Sponsors hope to put the proposals to voters in November 2020.

He said polling done by the two groups suggested growing support for expanded gambling in Nebraska, especially if the proceeds are used for property tax relief.

The same two organizations worked together on a 2016 petition drive, which fell short of the required number of signatures to make the ballot.

Ho-Chunk has sued the Omaha polling and campaign management company that was contracted to collect signatures.

Four years ago, sponsors said one difficulty with the previous drive was the need to get signatures on three separate petitions. The new drive still has three petitions, but Morgan said all three are necessary for Nebraska to have expanded gambling.

“It’s not ideal. It adds time, expense and annoyance,” he said. “I wish the Legislature would pass something, but they won’t.”

If approved by voters, casino gambling would be allowed at racetracks in Omaha, Lincoln, Grand Island, Columbus, South Sioux City and possibly Hastings.

One petition proposes a state constitutional amendment allowing “all forms of games of chance” at state-licensed racetracks, if the games are regulated by laws passed at the same time as the amendment.

The second petition proposes a state law to regulate expanded gambling at racetracks.

It defines games of chance to include slot machines, table games, counter games and card games, and sets up a Nebraska Gaming Commission.

The third proposes a law to collect and distribute taxes on casino revenue, with 70% of the tax proceeds being dedicated to the state’s Property Tax Credit Fund.

Tax revenues also would go to the county or city where the track is located and to the state’s Compulsive Gamblers’ Assistance Fund.

To make the ballot, the proposed constitutional amendment needs valid signatures from 10 percent of registered voters, or about 120,000 people.

The proposed laws need valid signature from 7% of registered voters, or about 84,300 people.